It is with great pleasure and honour to remember the visionary and courageous acts of our esteemed friend, Mr Gyula Horn.

Although the year 1989 seems long ago, it still resonates vibrantly in the collective memory of many Europeans, remaining a glorious victory for the human freedom. I still remember, with the same enthusiasm, the day of July 27th 1989, when Gyula Horn, then foreign secretary of Hungary, along with his Austrian counterpart, Alois Mock, met up to cut the barbed-wire fencing that had been separating their two countries for decades. It was a simple act. Yet, an act of great courage that would symbolically mark the end of a sombre period in our common European history - the end of the Cold War.

Through the death of Gyula Horn, the contemporary Hungarian left wing has lost one of its most defining leaders, while Hungary has lost one of its most successful Prime Ministers. Nevertheless, the loss was not solely for Hungary but for Europe in its entirety too, as it lost one of its key figures in the transition process from communism to the current times that laid “one of the foundation stones for European unity.” (Charlemagne Prize).We need to learn from the lessons of our distant and recent past. We need to pursue with an even greater conviction the continuation of our European project, because it has guided us towards new horizons of sustainable peace and development for all its citizens. 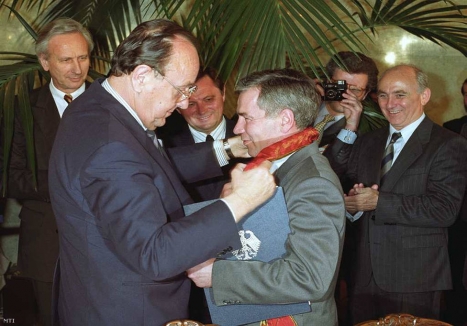 “And on that memorable day, 10th September 1989, you made a decision. You were alone with your decision, but still you had the support of every German in Europe, in the FRG (West Germany), and especially in the GDR – German unity was manifested out of gratitude and hope. You decided upon the future of Europe, which was a complete and indivisible Europe. You laid down the cornerstone of European unity. By taking a stand against Europe’s division, you have done more than anyone else to bring an end to it. Without your decision Europe would look different today; it would look worse. Because everything that followed after that was a direct consequence of this decision.”

“I first met him when he was a Secretary of State at the Ministry of Foreign Affairs in Budapest" said István Horváth, the Hungarian ambassador, "I can finally meet a totally different Hungarian politician; a man that speaks more openly. Someone that wants a new Hungary. We are creating a new world order the same way as we created a new Europe back then in cooperation with prominent figures like Gyula Horn. In this world order the same principles must prevail as in today’s Europe: all nations, small as well as large, have to be given the opportunity. We have to create a world order based on justice and solidarity. That was the secret of Europe’s success in the past and has been to this day.”

“Hungarians and Germans alike are bidding farewell to Gyula Horn who proved to be a friend in the hour of need. When tens of thousands from the former GDR were seeking asylum in Hungary so that they could make their way to West Germany, Gyula Horn travelled to East Berlin to convince those in power about the necessity of the asylum-seekers to leave the country. His efforts to try and get them to solve a political problem in a humane way were in vain. Despite the outcome, he took a humane stand and granted the refugees free exit. Back then the Germans received help from Hungarians, a gesture they will never be forget.” 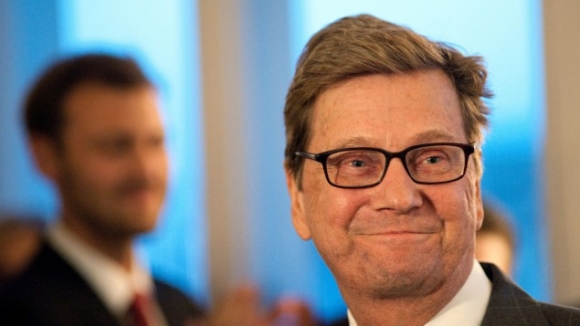 “For us, Germans, the courageous acts Gyula Horn carried out as Minister for Foreign Affairs will always remain unforgettable. In August 1989, Gyula Horn literally cut the Iron Curtain that divided Europe for 40 years. When a few weeks later he informed thousands of East German refugees that the Hungarian government will grant them permission to leave Hungary and enter Western Europe, he wrote himself into history. We are bidding farewell to a great European who, at a crucial moment of European history, did the right thing and lived according to the European principles of freedom and humanitarianism.” 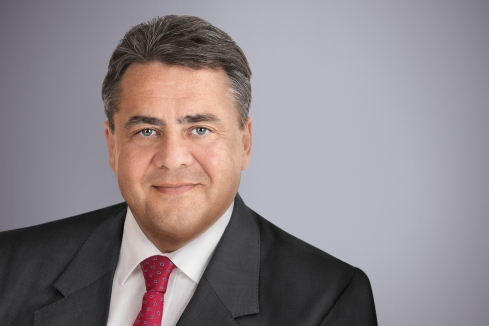 “As Prime Minister he was adamant in pushing Europe towards unity. Germany lost a very special friend, and the Social Democratic Party of Germany a close friend.”

Sigmar Gabriel
(President of the Social Democratic Party of Germany) 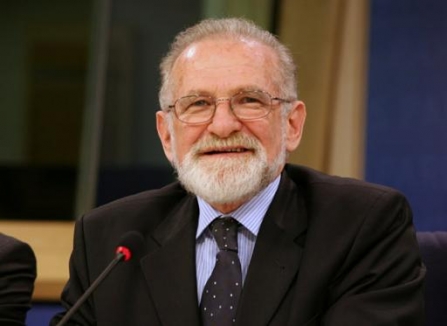 “Gyula Horn had already started bringing walls down when no one could even dream that it all can come true one day. He turned Hungary into the country of freedom for Germans, too. I would like to tell Gyula Horn that he has every reason to be proud of his achievements.” 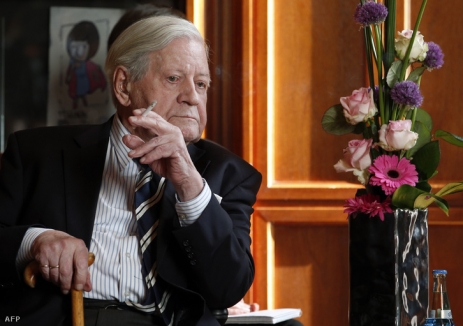 “I can only judge his post-1989 role. It was a very positive one, especially for a German. He was the person who opened the Hungarian borders for East Germans trying to flee to West Germany. He let the East German “tourists” cross the Iron Curtain. This is a huge achievement especially in the eye of the Germans.” 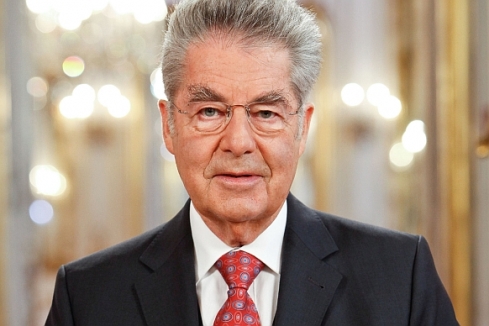 “Opening up the Iron Curtain and cutting the barbed wire was a historic moment. It was memorable to work with him when we were building European democracy and its institutions of solidarity, when the democratisation of Hungary and similar countries started.” 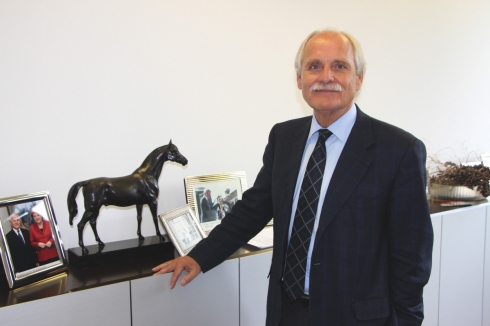 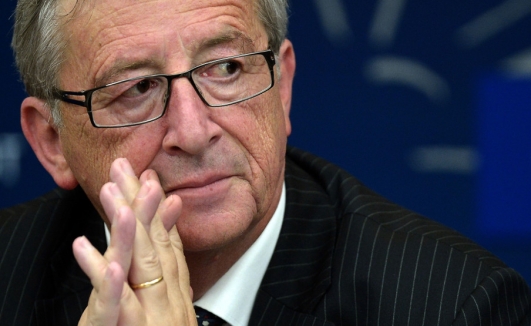 “Gyula Horn was a great person, a great Hungarian, and a great European that Hungarians should be proud of.”

“Gyula Horn acted out of conviction, he was courageous, he dared to take a risk.”

“He was a socialist, I am a Christian democrat. Sometimes we joked about this but then realised that although our blood types are different, that does not make a difference in the broader scheme of things.” 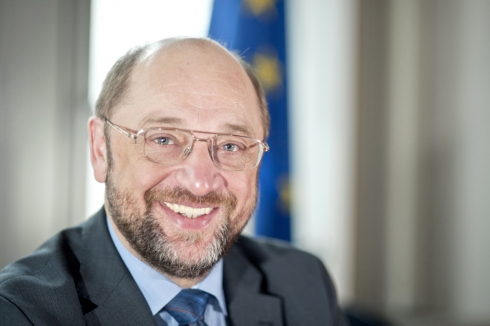 “You as Minister for Foreign Affairs proved your political intuition right, determination and that you stood for basic values like freedom, personal autonomy, respect for human rights and the peace and wellbeing of the whole continent. These are values that us social democrats have always stood for and still fight for in the 27-state European Union. Your personal perseverance and courage made reunification possible. Without your active role Europe and the European Union could not be what it is today. On behalf of all members of our faction, let me convey our gratitude and appreciation.”

“He led Hungary into Europe and opened Hungary’s gates to Europe.”

“He was a historical figure and a modest person, therefore he will live on not only in our memories but in our hearts, too.”

“Without Gyula Horn the reunification of Germany would have been impossible. Gyula Horn was shaping not only Hungary’s but its neighbouring countries’ and also Europe’s history.” 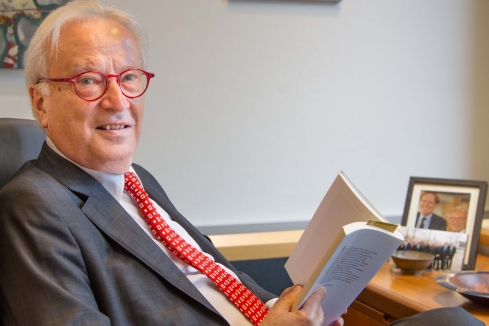 „Gyula Horn and Alois Mock, former Vice Chancellor of Austria cut the Iron Curtain together at the Hungarian-Austrian border thus ending the division of Europe. They made it clear that the communist rule was over. I found Gyula Horn’s commitment to a peaceful and democratic transition astonishing, the fact that in all circumstances he managed to remain European and a democrat, moreover a proud left-wing Hungarian.” 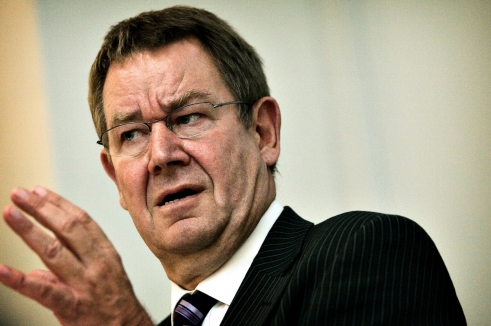 „You were the guy that opened the gate for East Germans to make their way to West Germany therefore you played a decisive part in the fall of the GDR, the reunification of Germany and the fall of the Soviet bloc. You played a major role in the transformation of your own country. You are a decent fellow: one for modernisation, peace keeping, a socialist and a European. You are not afraid to make necessary but difficult decisions. You founded a party which is in the heart of our European socialist family today and which is an active and highly respected member of this family.”

Poul Nyrup Rasmussen
(President of the Party of European Socialists) 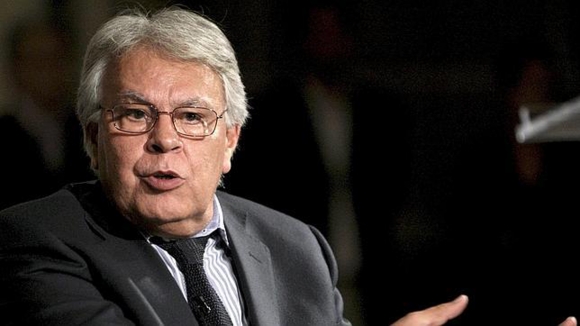 „He did what he had to do. Very few people in history can say that about themselves. He could foresee changes that only took place later in time. He possessed the virtue of using his energies to build the future.” 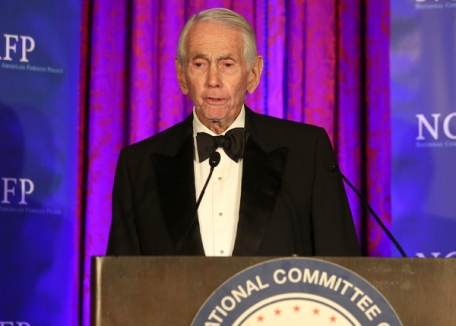 „Gyula Horn was a sensible and very intelligent politician with a slightly sullen temperament.”

„The former Prime Minister is judged by many, all trying to blame something on him but in his opinion 1956 could not have taken place without Soviet intervention. It is great that there were people who pulled the country out of trouble as it meant the start of Hungary’s progress leading to its membership in the European Union today. Without these people Europe would not be what it is today.”